The Wolf of Marketing

How the new ‘it’ product in digital marketing helps sniff out your perfect customers leveraging the same data smarts used in the letterbox industry.

Before there was targeted marketing, there was Jordan Belfort. Wolf of Wall Street, stockbroker, multi-millionaire. Yes, he’s also a convicted felon and scammer, but the guy knows how to sell.

In a scene in the movie about his life, The Wolf of Wall Street, Leonardo DiCaprio’s Belfort asks a room full of salespeople to sell him a pen.

Straight away, Belfort moves onto the next guy.

“Well, it’s a nice pen. You can use the pen to write down thoughts from your life.”

Not the best pitch you’ve ever heard, right?

The movie cuts to a scene later, where Belfort’s in a bar with his mates. He gets one of them, Brad, who he says can sell anything, to sell him a pen.

Brad asks him to write down his name.

“Here you go,” says Brad, giving him the pen, “supply and demand.”

Belfort has expanded more on this point in later interviews.

He talks about the importance of understanding someone’s need for a pen before launching into the sales attempt. What sort of pen do they usually use? What do they use it for?

Do they actually want a pen?

Not, “Oh, you should buy this pen cos it’s real good.”

And this is where Belfort is a forerunner of targeted marketing.

He says there’s no point trying to sell a pen to someone who doesn’t want one. They’re just not gonna buy it from you.

It doesn’t matter how great the pen is, or how much of a discount you’re offering. Don’t waste your time, because it’s not going to happen.

Find someone who uses a pen, or who is actually interested in pens, or who needs a pen but doesn’t realise it yet, and focus on them instead.

Targeted marketing picked up on this technique a little more than 10 years ago. Using things like customers’ online behaviour, demographic and location, marketers have been able to increase engagement and ROI by not wasting time paying for ads that go to people who just wouldn’t buy from them.

It’s essentially an argument of quality over quantity, and research continually shows targeted marketing is around twice as successful as non-targeted.

ReachMedia’s Digital Letterbox is perhaps the newest innovation in this space.

A highly intelligent targeting profile that’s backed up by 15 years of analytics from letterbox campaigns and purchased data sets, Digital Letterbox allows marketers to qualify and target very specific audiences with a range of marketing assets.

“The way we deploy it is by overlaying that unique data set on top of a digital campaign,” says ReachMedia’s Johanna Cotter, who helped to develop the product.

“It could be display advertising, a native campaign, it could appear as a video, bespoke ad units we’ve created in a catalad (think catalogue, then catal-ad). Ideally, it’ll be a combination of campaigns.

“There’s little magic in getting the message right, but just as important - if not more - it's about how we’re reaching the audience, which is identical to how we reach them in their physical letterbox.”

Analysts can pull out remarkable data and insights, right down to street level. For example, you can see where there are neighbourhoods with a higher than average number of parents with children, and even discern between individual households to get in front of the right people. On its website, ReachMedia says “Stop sending cat food flyers to dog owners.”

Digital Letterbox has only been in the market for a couple of months, and there is a definite uplift in the effectiveness of targeted ads. Marketing ROI is on the up, CTR is improving, and Cotter says there’s a clear correlation of better performance of the Digital Letterbox activity compared to a general all population test line.

“Standard location-based targeting methodology is by postcode or geo targeting, which are broad brush options,” she says.

“We’re taking it further and using the data smarts we have as many years as a letterbox company, and making sure that only those who are receptive to these types of offers are receiving these messages.” 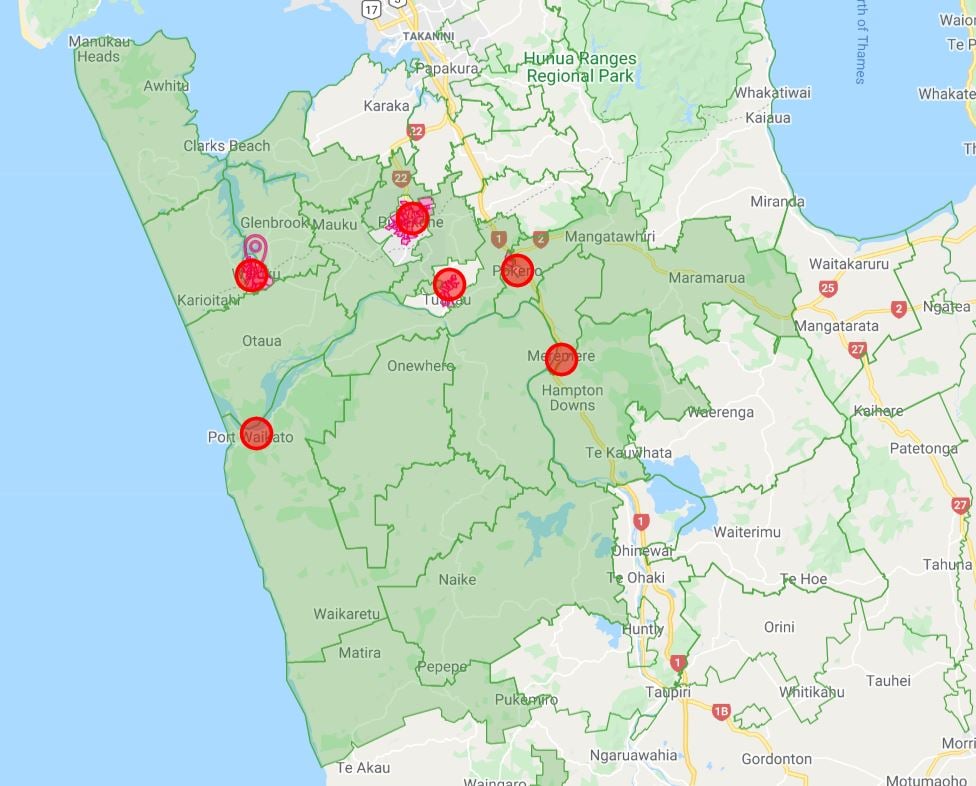 The targeting uses a combination of ReachMedia’s own data and insights, combined with purchased data. A proprietary product, Digital Letterbox can’t be replicated elsewhere.

Retailers who use letterbox drops know only too well that it’s impossible to reach every single household. No Circulars signs and people living in central city apartments are what Cotter describes as those most difficult to reach.

The problem is, these are often childless individuals or couples with disposable income to splash around. Digital Letterbox opens up access to this crucial market without being intrusive.

It’s also a solution to the uncertainty businesses have to deal with in this global Covid environment. Communicating to the right people has never been more important, and with Digital Letterbox you can find people on their device at home with much more effectiveness.

“Take a large retailer that wants to do a targeted letterbox drop based on their demographic,” says Cotter.

“We can extrapolate out data sets and retarget someone who received a letterbox flyer with a digital message. So they’ve seen the brochure, and this is the follow up piece, and it’s a connection between the online world and the physical one.”

Some retailers also face the current issue of a shortage of paper in the country. Cotter says that means they’re already signing up clients for their Christmas mailers, just to make sure they don’t miss out.

“With Digital Letterbox, we can use the same premise of the data set we’ve created for the client, not doing letterbox drops because we can’t, but doing it digitally instead.”

You could spend a lot of time and money asking people if they’re in the market for your pen. But with Digital Letterbox, you don’t have to.

To learn how your business can benefit from the targeted marketing coverage of the Digital Letterbox, call us on 0 800 REACH US or click HERE to contact us via email.

Get regular insights, useable tips and expert opinions - straight to your inbox.

Whether you’re running your own show or marketing the heck out of a large enterprise, the ReachMedia blog is focussed on helping you do the job of marketing better.

From new products, innovations, data and insights – there’s something to get your teeth into every month.